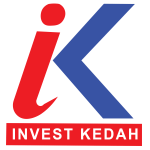 AT&S is the world’s leading manufacturer of high-end printed circuit boards (PCBs) and integrated circuit (IC) substrates. These AT&S PCB and IC substrates will be used in mobile devices, electronics industries, automotive industries as well as medical and healthcare technologies.

AT&S is in the phase of developing their first manufacturing facility in Southeast Asia, at Kulim High Technology Park (KHTP), Kedah with an investment value of RM8.5 billion and will create 5,000 jobs. A site visit was conducted to detail the proposed development by KT Express Logistics Sdn. Bhd. for e-commerce hub that conducts import and export activities of goods by road through the Malaysia-Thailand Border Gate in Bukit Kayu Hitam, Kedah. The organization of this event is a sign of commitment by KT Express Logistics Sdn. Bhd. in developing an e-commerce hub that conducts import and export activities of goods by road through the Malaysia-Thailand Border Gate in Bukit Kayu Hitam, Kubang Pasu, Kedah in 3 phases of development. Intel Corporation, which is also one of the world’s largest chip makers, will invest more than RM30 billion over the next 10 years to expand its operations in Penang and Kulim, Kedah.

Patrick Gelsinger, Chief Executive Officer of Intel Corporation was saying at a press conference announcing the new investment in December, the additional investment in the country also involved the expansion of existing manufacturing assembly test facilities as well as developing die prep procedures or pre -assembly processes with the addition of more advanced packaging capabilities.

The company also plans to have new facilities in the country to enable it to increase production volumes as well as improve its position in the technology transfer and capacity building value chain. The new AT&S production facility at Kulim Hi-Tech Park (KHTP), Kedah, which produces high-tech PCBs and IC substrates, is expected to involve an investment of RM8.5 billion and create 5,000 high-tech and high-impact jobs.

Construction of the production plant is expected to begin in the second half of this year with the expected commercial operation in 2024.

It is hoped that this courtesy visit flourishingly established a relationship between two parties to ensure that investment development in Kedah can run smoothly. The delegation was briefed on current operations as well as investment opportunities by the company’s management. This session was also attended by the Chief Operating Officer of Invest Kedah Berhad, Mr. Noor Ikhsan bin Abd Aziz.

BRIEFING SESSION ON THE IMPLEMENTATION OF THE E10 PROGRAM FROM THE KULIM MUNICIPAL COUNCIL (MPKK) LOCATED AT WISMA DARUL AMAN, ALOR SETAR, KEDAH The E10 initiative is a new express construction permit initiative and is offered by the local authority of the Kulim Kedah Municipal Council (MPKK). In formulating and developing this initiative, the Malaysian Productivity Corporation (MPC) Northern Region has helped provide advisory services and conduct engagement activities with the Kulim Municipal Council, industry players and technical agencies to ensure that what is designed is practical and can be implemented based on existing regulations.

This initiative makes Kedah the state of choice for investors who have advantages and potential as a major investment destination in Malaysia. The results of today’s implementation saw the success of ASPEN Glove’s factory which was able to operate and obtain a certificate of completion and compliance (CCC) as well as a business license within 10 months.

DINNER WITH THE TALENTCORP GROUP NETWORKING AT BATU KAWAN, PENANG. Talent Corporation Malaysia Berhad (TalentCorp) is an agency under the Ministry of Human Resources (KSM) which is responsible for attracting, nurturing and retaining the best human capital and expertise in supporting Malaysia’s journey towards achieving developed country status. The main purpose of this summit is to seek enlightenment on the aspirations and value propositions of Investment Agencies at the state level (IPA), strengthen strategies to attract digital investment in Malaysia (One Nation Approach) and create cooperation mechanisms to position Malaysia as a Digital Hub in ASEAN.

Invest Kedah Berhad which was also joined by the Chief Operating Officer, Mr. Noor Ikhsan bin Abd Aziz also had the opportunity to share on the promotion sector and digital economic aspirations, incentives for investors as well as the latest marketing plans including local & international events and trade mission planning.

This site is best viewed using Google Chrome at screen resolution of 1920 x 1080 pixels, and is also mobile responsive.